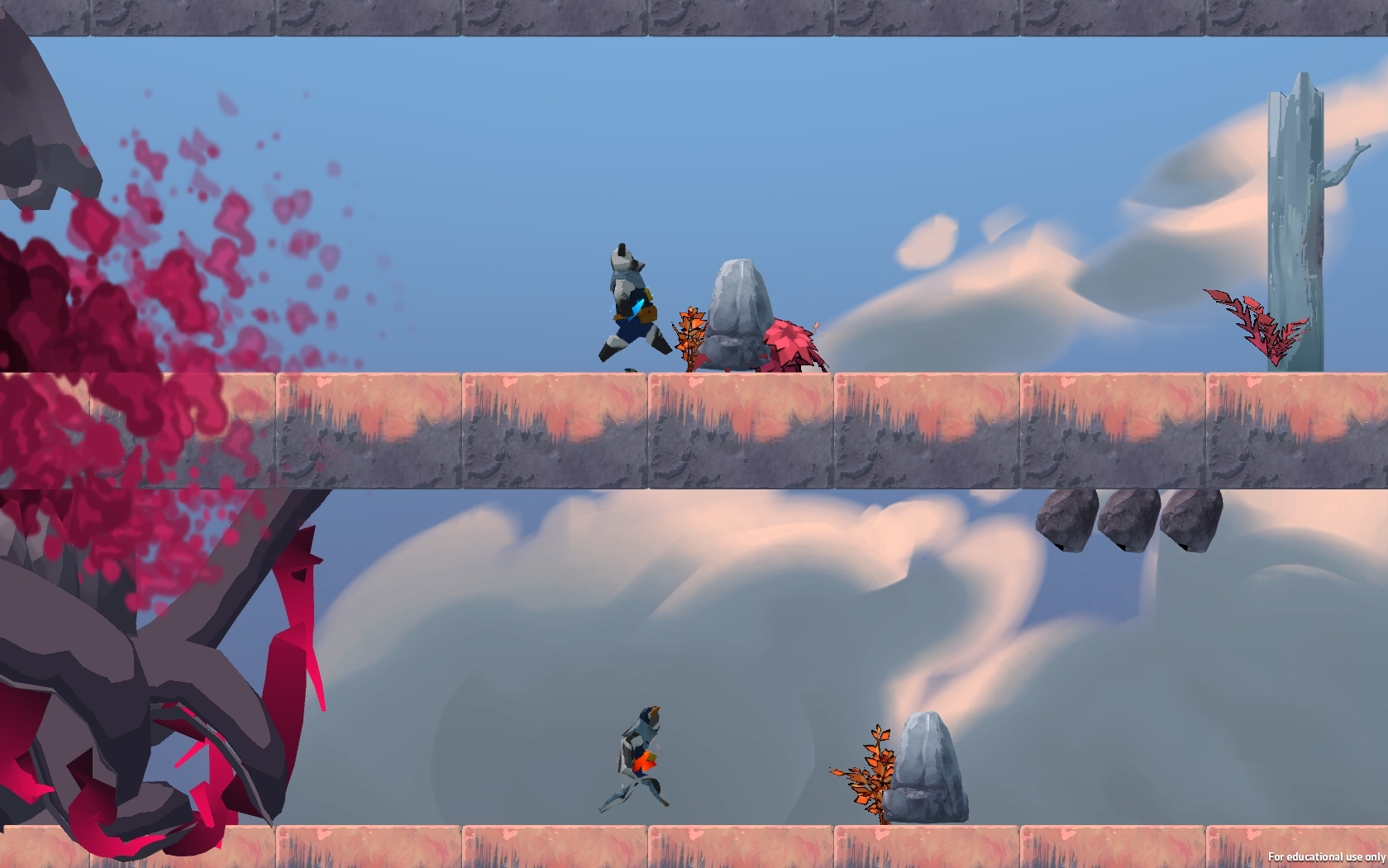 BohGarg Pursuit was made during an intensive week in my school. constraints were about creating a runner with a perspective change of the camera during the game. (2D <-> 3D). The game is a cooperative runner divided in two phases where the player fight a monster.

it was my first time being a Lead game designer on a project. I've made some mistake but I learned a lot. I was in charge of writing documents for the team. the constraints where unusual but the perspective change was interesting because the gameplay must stay coherent between the two perspective.